A manifestation of this British cult classic and the '90s era, with a surreal trip or two along the way.

The Human Traffic Live show is a 50-minute live, immersive theatrical ground breaking experience, a visual and musical voyage through the film of Human Traffic. Cult narrative is brought to life in this £2m production conceived by Concept Creator Dee Parsons, utilising Printworks 100m wall as the canvas.

Kim Gavin has been appointed Art Director; Kim is globally renowned for his work as Creative Director of the closing ceremonies of the London 2012 Olympic Games & Take That’s Arena Tour for the last 10 yrs.

Joe Crossley has been appointed Digital Art Director, this TED talk regular is globally known for his iconic projection work at Arcadia's Pangea at Glastonbury & The Man at Burning Man.

A sensory overload from start to finish, expect actors, break dancers,aerialists, trampolinists, wall-walkers and more, interacting with jaw-dropping projections of the most loved scenes and representations of the film and the era.

Amidst political & global unrest, there is an overwhelming need or expressionism, hedonism and escapism –all the things that Human Traffic Live aims to embody.

He is one of the only light artists in the world represented by Epson Projectors and has a long running position in academic facilities working on the R&D aspects of new media art.

2016 and 2017 saw multi award winning works for the Samsung X Sydney Opera House and Intel and he completed his first TEDX Talk in May 2017 on his work in Projection mapping as well as ground breaking projects in the US for Burning Man setting his place internationally is a disruptive figure in the world of new media art / creative tech, and artistic invention.

2018 saw Joe deliver the first ever large scale media installation on “The Man” at Burning Man along side the late Larry Harvey and Andrew Johnstone receiving many awards and accolades for his work attracting wide acclaim for the Concept IAMAI.

Since then Joe has been involved in the creation of one of the worlds first immersive media rollercoasters for Warner Bros as well as driving the Artistic Direction From probably one of the largest festival structures to be built in a public event, Arcadias Glastonbury installation Pangea.

Was 20 in the 90’s, and from Wales. Human Traffic was his life script!

Each night of the week - a different musical offering.

Revellers riding on the high energy that the live show will inevitably create, will dive straight into a post-show party, and you choose the party.

The live theatrical show is the same on everydate, the post show party, that changes. Each night of the week has a choice of music genres to showcase the film score and the ‘90s era; from World Class DJ headliners – Live Performances – featured Artists - Iconic Bands - House & Garage Orchestra

Decide your music preference, and in turn it will help you navigate to the right date for you. Phase 1 announced, Phase 2 coming and….some BIG surprises within the 18 dates! You may be an avid music fan, but with these names backed by £2m worth of live production and visuals taking your live immersive music experience higher than ever.

"People love music, make no mistake about that, whether and how they buy it right now is one thing, but people still want to party... it's our job to come up with new parties, new nights, new venues, new themes to the keep the scene fresh and exciting -- which is why as original music director of the Human Traffic film, I'm thrilled to be invited to assume the same role for the live show & headline at Printworks London this May."

'Tonight I'm Jip Travolta, I'm Peter Popper, I'm going to never-never land with my chosen family, man. We're gonna get more spaced out than Neil Armstrong ever did, anything could happen tonight, you know? This could be the best night of my life.'

To Rave or not to Rave?

Upon entry to A Lost Weekend Presents you decide on how your journey begin. You are asked ‘Rave or Not To Rave?’ Rave you head straight into the pop up and your party starts, not to Rave, you head into this extraordinary brand new exhibition.

Once inside you to take a trip back on the rave train into an immersive multi-tiered experience which promises to grab your senses and cover every aspect of the journey through a night out and the 90’s era.This exhibition / museum will feature work and content from iconic ‘90s artists, brands, clubs and DJs, it will take you on the trip like no other. There are some very special announcements to come, but what we can say is that A Lost Weekend is working with the Museum the Youth Culture Archive they demonstrate the power of youth culture heritage as a catalyst for creativity, self-expression and connecting communities. As well as Leke Adesoye is also a contributor, a 1990’s London College of Fashion design student who created the iconic red ‘Junglist Movement’ t-shirt from the record shop scene. Leke will be exhibiting the pedigree of fashion brand AEROSOUL and with a special Human Traffic 20th Anniversary t-shirt designed for the series!

Curated by cultural music godfather Ron Elliston and art aficionado Catherine Hunt along with some incredible and very exciting curators and guest artists to be announced, the exhibition experience takes the audience on a journey over A Lost Weekend taking rave riders on an emotional, happy nostalgic trip back to the ‘90s with educational subculture elements along the way.

‍If you didn’t live through that time, by the end of this experience you’ll wish you had.

Choose your own path to getting lost.

Ron is a DJ, Recording Artist, Promoter and lecture. His DJ residency has included The Wag Club, China White, and currently The Box Soho. Submission - his iconic ground-breaking fetish dance club - changed fetish the paradigm. A Cambridge University lecturer for MENSA on Fetish nightlife embarked him on a journey of lecturing on the history of "Night Life and Subcultures" and there intriguing  relationship. His personal journey has taken him from civil engineering to patron of the new degree course “Hip Hop Artistry " at Brighton and Manchester Universities.

Catherine has worked on numerous art and cultural projects most notably for Urban Arts Foundation, Orca Sound Project and United for Global Mental Health. Catherine is a Patron of various Internationally acclaimed Art Institutions and is on the Patrons Committee for the Victoria & Albert Museum, Guggenheim New York and LACMA Los Angeles.  “My passion is making the world a beautiful place for the public combining an educational and philanthropic element. With my immense love of music and art this incredible project; ‘A Lost Weekend’ allows me to unite my two great passions whilst working with a highly regarded team in their various fields not to mention being a lot of fun!”

LEARN MORE ABOUT THE POP-UP 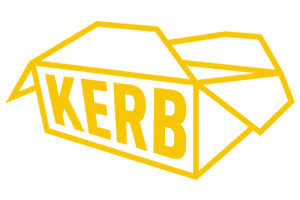 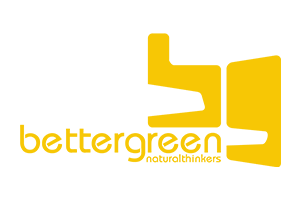 Indulge all night in an mind blowing environment.

An indoor warm, themed, premium food and bar pop-up that has been designed by award-winning pop-up designers BETTER GREEN.

This space is designed with the professional party seeker in mind, plenty of seating and bar rest areas, so you and your friends can drink and eat easily, it is a perfect pre-show meeting place.

The themed environment brings together London’s most innovative and high-end street food vendors hosted by market leaders KERB with vegan, vegetarian and meat choices all available by some of their most popular traders.With gourmet street food included in the ticket price, ticket holders will be able to meet and build the excitement surrounded by incredible event design.

Throughout the 3-week run, the pop-up will host various themed takeovers such as Sunday Session Selected dates where 2 hrs of all-inclusive drinks are included in the price!

There is a a choice of bars both indoors and outdoors, all that serve spirits,beer, wine, soft and bubbles and there is a dedicated selection of craft beer.

VIP and VVIP Ticket holders have an exclusive area to start their experience - pre-show, in fabulous style!

Grab your chosen family and settle in for a glorious session.